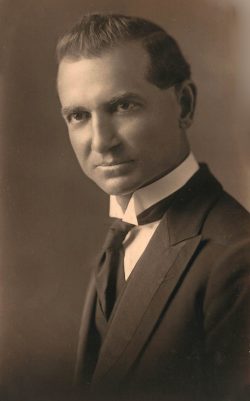 Was a pioneer in Gospel-Medical Missionary Evangelism. He successfully won and baptized hundreds of people, had an enormous retention rate among his converts, and trained future church leaders. He was the first person to answer the vision given to Ellen White on February 27, 1910:

“During the night of February 27 a representation was given me in which the unworked cities were presented before me as a living reality, and I was plainly instructed that there should be a decided change from past methods of working. For months the situation has been impressed on my mind, and I urged that companies be organized and diligently trained to labor in our important cities. These workers should labor two and two, and from time to time all should meet together to relate their experiences, to pray and to plan how to reach the people quickly, and thus, if possible, redeem the time”—Manuscript 21, 1910.

Young John Tindall grew up in a Methodist family.  When his older brother Willie died, his mother told him that Willie was in Heaven. This confused young John who saw his brother’s body lowered into the grave. His mother told him that when you die you go directly to Heaven or to Hell. After John heard a preacher from his church describe in gruesome detail the pains of an eternally burning Hell, John told his mother that he would not want to go to Heaven to be with a God that does such things to people. After being exposed to infidel authors he became an evangelist for Atheism considering infidelity to be freedom and believing that Christians were weak and ignorant.

Young Tindall practiced business and eventually went to law school. While in a law school in San Diego, California he developed a “fever” for gold which led him to an expedition in February 1908 in the mountains of southern California.  There, he met an older gentleman that he referred to as “Daddy Bell” who let him stay with him in his cabin while John mined for gold.

John found Daddy Bell’s habits to be quite “peculiar” like keeping Saturday instead of Sunday, not eating meat or drinking alcohol, and forbidding cursing and card playing on his premises. The young infidel thought he would have a grand time making fun of this man’s odd religious ways. Instead, John became impressed with Daddy Bell’s patience at his ridicule and his unselfish service to him and his gold-hunting team.

John decided to ask Daddy Bell some questions about his religion and he found Daddy Bell’s answers to be clear and based on the Bible. John then brought up the main topic on his heart that had started his descent into Atheism—Hell. Daddy Bell explained from the Scriptures that God is just and that the doctrine of an eternally burning hell was an invention of the Devil to get people to fear and hate God. John asked him many more questions and was astonished how Daddy Bell’s answers always came from the Bible and made sense. After hearing Daddy Bell read some passages from the Desire of Ages John permanently gave up infidelity and all desire for earthly treasure and now dedicated his life to seeking Heavenly treasure.

Not long after his conversion, John attended The College of Medical Evangelists (now known as Loma Linda). While there he heard Ellen White speak in person and received instruction from R. S. Owen, whom Ellen referred to as our the best Bible teacher in the denomination (Loma Linda Messages, p.388).  After only one year of attending the College of Medical Evangelists, John was made the assistant to Elder Owen. After Ellen White received the vision of February 27th (mentioned above) Elder John Burden, the medical superintendent of Loma Linda, felt that the new assistant to Elder Owen, John Tindall, would be the best candidate to answer the call to take up this new method of evangelism.

Young John Tindall accepted the challenge and went to work as a Gospel-Medical Missionary Evangelist. The methods he used were to combine evangelistic preaching and in-home Bible studies with public health lectures and in-home health ministry work. After some experience and trying out new things, Elder Tindall became quite successful in his soul-winning efforts.  His first evangelistic tour included 12 evangelistic campaigns over the space of 12 years. In his Indianapolis and Milwaukee campaigns, he baptized 132 souls in each place. In the Oklahoma City campaign, he baptized 203. In all, his early campaigns resulted in baptizing nearly 1,000 souls!

His greatest achievements, however, were not in the numbers he had baptized but in the retention rate–75-90%! This is almost unheard of today. Elder Tindall later visited the church to which he had baptized 132 souls in Milwaukee, WI. Forty years later this congregation still had from 30 to 40 faithful converts from his initial campaign back in 1918!

Also, his evangelism more than paid for itself despite the fact that he had a large group of workers (22 at one time) and that his average campaign lasted for 6 months. For example, from the Wisconsin campaign to the Redlands campaign $55,000 in tithe was turned in to the church from his new converts whereas the total expense to the conferences was only $38,000. This of course does not include the tithe paid afterward, or all the offerings and loans from the new members. Some of these were quite large, including a $10,000 loan to Loma Linda from a convert of his first campaign, and a $100,000 gift from a convert of his third campaign.

The Review and Herald of January 6, 1921, had this to say about a campaign he conducted in Oklahoma City:

“Oklahoma City probably had the most successful single city effort ever held in the history of our work, which resulted in the addition of about 200 souls to the church.”

Elder Tindall later conducted the Field Training School, in San Francisco and spent many years training workers in his methods of evangelism. One of his apprentices and teachers in the school was W.D. Frazee, who practiced Elder Tindall’s evangelistic methods in several cities across America. W.D. Frazee would later found Wildwood Sanitarium and Medical Missionary Institute in 1942 which has trained thousands of medical missionaries who have circled the globe.

Because of how greatly God blessed Elder Tindall’s efforts, his methods have been greatly studied. You can follow this link to download several documents posted by the Advent General Conference City Missions Department about Elder Tindall and his methods of evangelism.

Teach Services has been able to restore and reprint some of his works:

Victory and Self Mastery

The Power of Revival and Reformation Does Not Come, Why?

In addition, please enjoy these audio messages from him. They are so old that the quality is less than to be desired but the messages are powerful!

Ethal Tindall on Confessions and Restitution