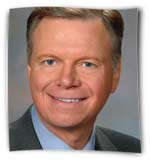 I first met W.D. Frazee in the late 1960s. I was a youth pastor in Hartford, Connecticut. Our senior pastor, Pastor O.J. Mills, invited Pastor Frazee to come and hold a series of meetings in our church. The messages deeply moved me. They were spiritual, biblical, and life changing. I watched as people came forward and gave their hearts to the Lord and knelt at the altar weeping. I listened as others gave testimonies of what Christ had done in their lives and how their lives were changed.

Elder Frazee’s preaching was sincere. He was in earnest. He was a man on a mission. And when I listened to him preach, I sensed that his messages came from the Almighty throne room of God. I knew he had been on his knees and that God had impacted his mind. His messages were in contrast to some of the surface, shallow, and superficial messages that we so often hear. These messages were deep. They were biblical, and they were moving. They helped to shape my concept of preaching over thirty years ago.

There are hundreds of recordings of Elder Frazee’s sermons. These sermons will be a mighty, powerful influence in your own life. It is our prayer that God does something through you, to you, with you, and for you as you listen to these sermons. It is our prayer that although Elder Frazee’s voice has been silenced, God will speak again through these messages from the past.

Shortly after accepting Christ, I was introduced to the ministry of Pastor Bill Frazee. I was impressed with his sincere love for Jesus and deep knowledge of the Scriptures.

I specifically remember reading the tracks entitled Enoch’s Outpost and Building an Ark. These had a profound influence on my life as I moved our family to the hills in Northern California. Thirty years later, we still have our home there that has been our outpost for international ministry. I heartily commend these books and CD recordings of his inspired messages.

Today, we as God’s people need to devote more thoughtful, prayerful attention to the work being carried on in our behalf in the heavenly sanctuary. We are living in the antitypical Day of Atonement, and God expects much of those who compose His remnant church. “While the investigative judgment is going forward in heaven, while the sins of penitent believers are being removed from the sanctuary, there is to be a special work of purification, of putting away of sin, among God’s people upon earth” (The Great Controversy, p. 425).

In the book Ransom & Reunion Through the Sanctuary, a special “work of purification,” a special work “of putting away of sin,” is brought vividly to our attention. “In those days, and in that time, saith the Lord, the iniquity of Israel shall be sought for, and there shall be none; and the sins of Judah, and they shall not be found” (Jeremiah 50:20). “He that remaineth in Jerusalem, shall be called holy” (Isaiah 4:3).

God’s last-generation people are to reveal the character of Jesus to the world. They will overcome as He overcame. They will be victorious living representatives of the Master. The enabling power to live this life, to achieve this character, comes from Jesus. Only through His imputed and imparted righteousness can we prevail.

The sanctuary service has many lessons for us as we prepare to meet our soon-coming Lord. Elder Frazee treats these beautifully. After hearing his series, I encouraged him to put the material in book form so that more might be blessed. Ransom and Reunion Through the Sanctuary is his response to my request. I feel sure that you will be richly rewarded as you study its contents thoughtfully and prayerfully. May the Lord bless you as you spend many precious hours exploring God’s sanctuaries in the pages of the book.

Anyone visiting Wildwood Lifestyle Center today recognizes immediately that W D. Frazee’s vision lives on with an even brighter glow. Employees, young and old, exude that vision. Even though Elder Frazee now rests awaiting His Master’s call, he surely lives on through the hundreds of sermons and classes that are available in many formats. My two favorite books still are Ransom and Reunion and Another Ark to Build. Yes, his dream lives on!

I will never forget the series of sermons that Elder Frazee gave at camp meeting in Florida. His sermons were deeply moving and touched the heart. When he had finished his last sermon on Friday morning, instead of meeting the people as many speakers do, he simply walked away and I saw him no more. This left the full impact of his message in my heart. I may have wanted to thank him, but he wasn’t there to thank, so I could only thank God which I am sure was the real goal of the messages that we had heard during the week.

I was exposed to Brother Frazee through Ransom and Reunion, and then I ran into some old, dusty tapes. He wasn’t the kind of preacher I was used to. He spoke softly and slowly! I am impressed that his message was so potent that it needed no help. That wisdom should NOT be buried. I’m a young gospel worker that benefits from that treasure. . . . Surely, there are more out there in the Lord’s vineyard just like me!

Graduation was just around the corner and my intense search for God’s will increased daily. My devotions began to increase in length to several hours of prayer pleading for the Lord to guide me in His divine path. One day I came across a sermon by some man named W.D. Frazee on a website called W.D. Frazee Sermons. I listened to them all amazed at his knowledge of the Bible and Spirit of Prophecy. Enoch’s Outpost was the last of six I heard, and I fell to my knees and realized the world has plenty of volunteers, but it’s time I get a real job in saving souls for the kingdom.

The good Lord arranged to have hundreds of Elder W.D. Frazee’s sermons and classes tape recorded. I have heard over 100 of these and can recommend them to any religious person, Adventist, other Christian, Moslem, etc.

A project to make these studies widely available will be a credit to any organization sponsoring it.

Elder Frazee had a unique ability to balance spiritual truth with practical ministry. His written materials and taped sermons have been a blessing to me as I have combined medical work with preaching and other aspects of spiritual ministry. I believe giving greater visibility to his work would be a blessing to all those in our church who long for a deeper experience in Christian ministry.

Frazee’s messages were a great blessing to my life as they were right to some of the points I normally struggle with, such as trying to accomplish more than I can, losing sight of the real priorities, missing the truth about God’s need of me, and so on. His messages brought so many insights to my ministry that calling people’s attention to the gospel became easier. The simplicity and practical applications of the messages were a mark that changed my life and ministry.

The ministry of W.D. Frazee has done more to ground and establish me than anyone else on this earth. I never had the pleasure to meet him, but I have been richly blessed by him through his sermon tapes. It has been a great resource for me in counseling my congregation and in reaching both atheists and those of other denominations. With over 1600 sermons recorded, there is counsel on almost every subject imaginable for the Christian walk. Placing these sermons on CD-ROM will be a tremendous benefit to the ministers and lay people of the Seventh-day Adventist Church.

I met Elder Frazee many years ago as a new Adventist. I was about to leave the church and he had a profound influence on me in an understanding of the uniqueness of the SDA message and our part in end-time events. I have come across many people who have been helped through his ministry and so I believe that this CD-ROM could profoundly help many more with an understanding of this end-time message, and that it will help prepare a people to give the loud cry, and prepare us for Jesus’ coming.

I was a student of W.D. Frazee’s over 40 years ago. The classes I received from him have helped me in so many ways wherever I’ve gone in the world. I really think the CD-ROM will be a great help to so many people. It will be a great use to me in my ministry to have his studies, spiritual insights, and sermons in written form for me to draw from.

Elder Frazee is the most practical preacher I’ve ever listened to. He could find gold in God’s word where others saw only grey granite. He could then refine that gold into user-friendly, easy-to-apply, life-changing truth.

I was first introduced to Elder Frazee’s messages in 1997 while taking the medical missionary training at Wildwood Lifestyle Center in Georgia. Since then, I have listened to many of his tapes on various topics. I have been greatly blessed by the messages. I believe they are a great help to spiritual growth as well as for witnessing. It will certainly be great help if all of Elder Frazee’s messages are made available to many people in the Adventist Church. It could be a great help to training centers like ours. It is my prayer that God will open the way towards it.